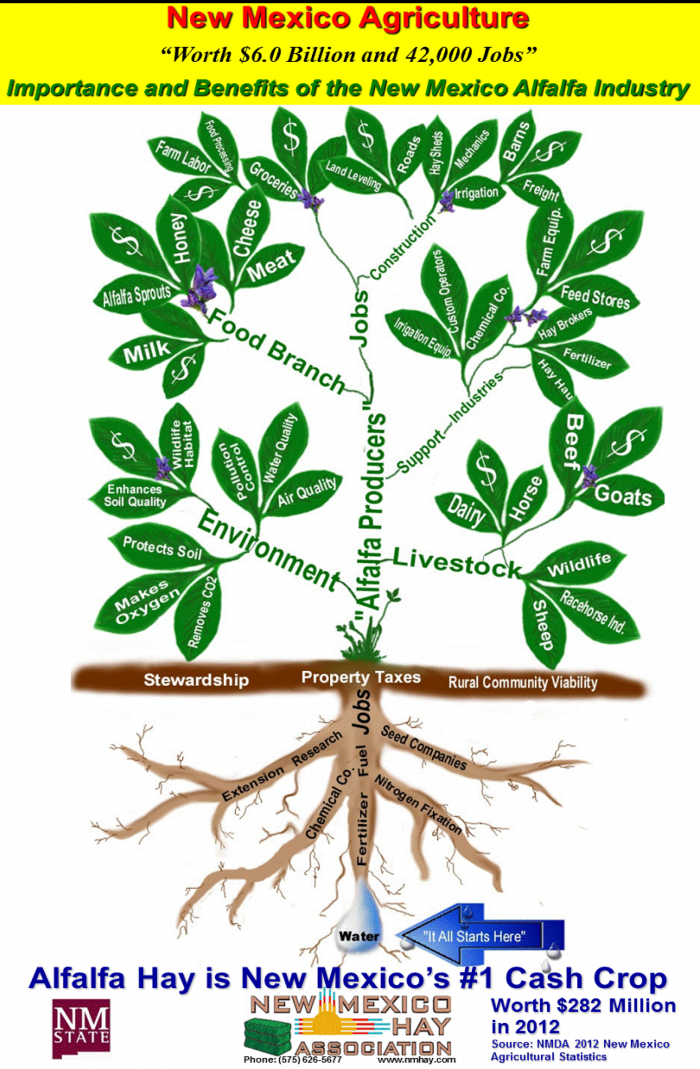 Forages contribute a significant amount to New Mexico's economy through job creation and food production in addition to providing environmental benefits such as soil protection and improvement of wildlife habitat.

Hay acreage remains fairly constant from one year to the next and the value of New Mexico's hay per ton is usually higher than the national average. Forage crops are not only grown as stored feeds (hay and silage), they also are used for pastures for livestock that are frequently visited by big game, migratory birds, and other wildlife. 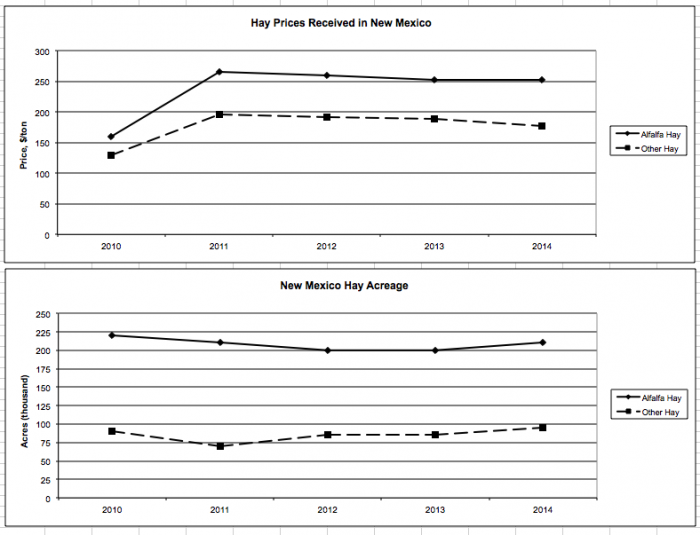